The applied loads in a structure are usually categorized according to the nature of the loads, called load cases, such as dead, live, snow, wind, etc. These load cases are then affected by some load factors in order to be combined between them and finally get a combined load. Load combinations are a very important part in the design process. This document shows how to specify the load combinations, and particularly the user-defined custom load combinations, in ASDIP CONCRETE.

How do you specify the standard load combinations?

Most design standards, such as the ASCE 7, include pre-defined sets of load combinations to be used in structural design. They are defined for both Strength Design (SD) and Allowable Stress Design (ASD). The engineer then applies these load factors to the specified load cases and uses the resulting combined loads in the design. For example, in the case of a concrete beam, the rebars will be designed per the concrete Strength Design theory, and the deflections will be checked for the service loads (ASD).

To open the Load Combinations dialog box, select this option under Design in the menu bar, or click on the corresponding icon. The screen shot below shows a concrete continuous T beam subject to some dead and live loads. These loads were combined per the ASCE 7-10/16 combinations. Likewise, the ASCE 7-05 combinations can be easily selected. Since the concrete members are designed per the Strength Design method, the combined moments are reported in ASDIP CONCRETE for the corresponding factored load combinations. 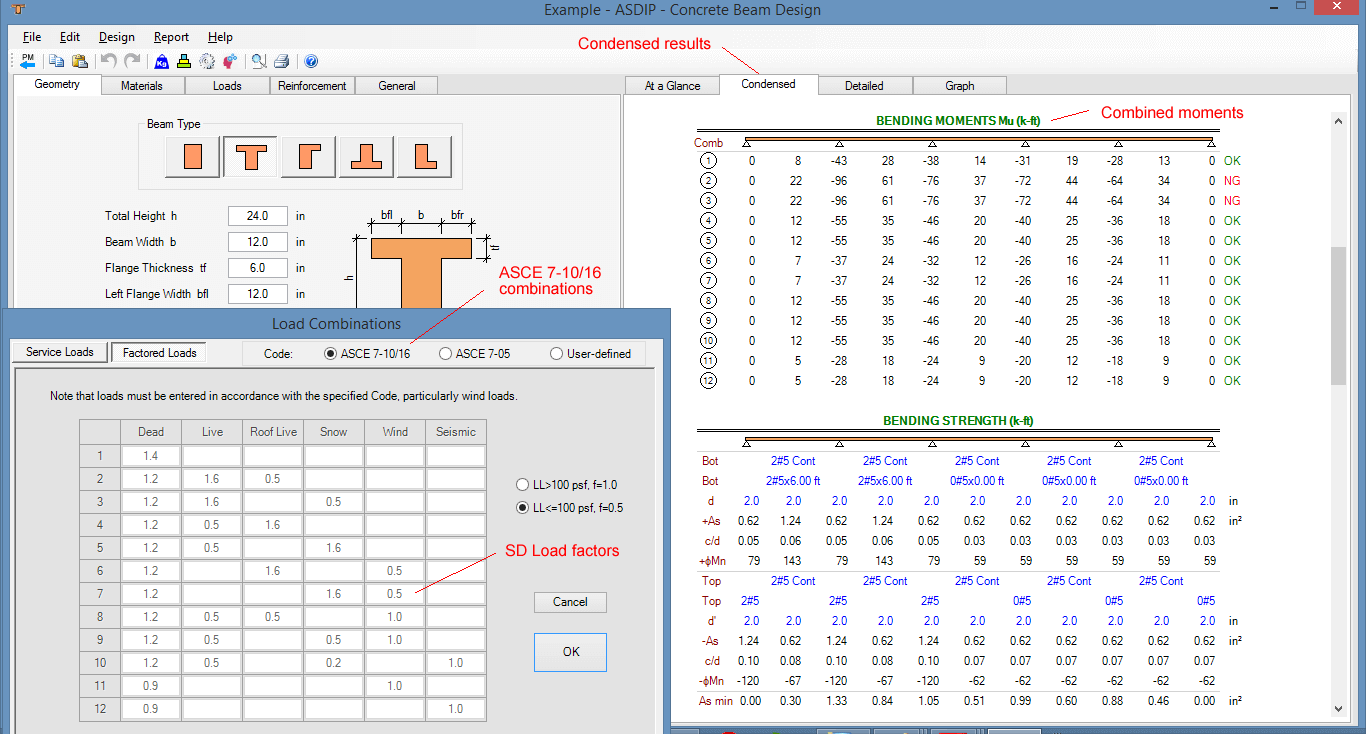 What about the custom load combinations?

Sometimes it's necessary to specify a slight variation of the standard load factors for special cases, or maybe the user needs to comply with another design standard, such as AASHTO. Or perhaps the design is being done in a country with its own standard combinations. For these situations ASDIP CONCRETE includes a feature to specify custom, or user-defined, load combinations.

Open the Load Combinations dialog box and select the User-defined option. This will show an empty table where the user can enter the load factors from scratch. Once the load factors have been specified, this set can be saved in a separate file with the extension .cmb and it can be used later in another project. This way you can save different sets of custom load combinations to suit your needs. The screen shot below shows some User-defined load combinations as an illustration of this feature. Note that the software shows the results accordingly. 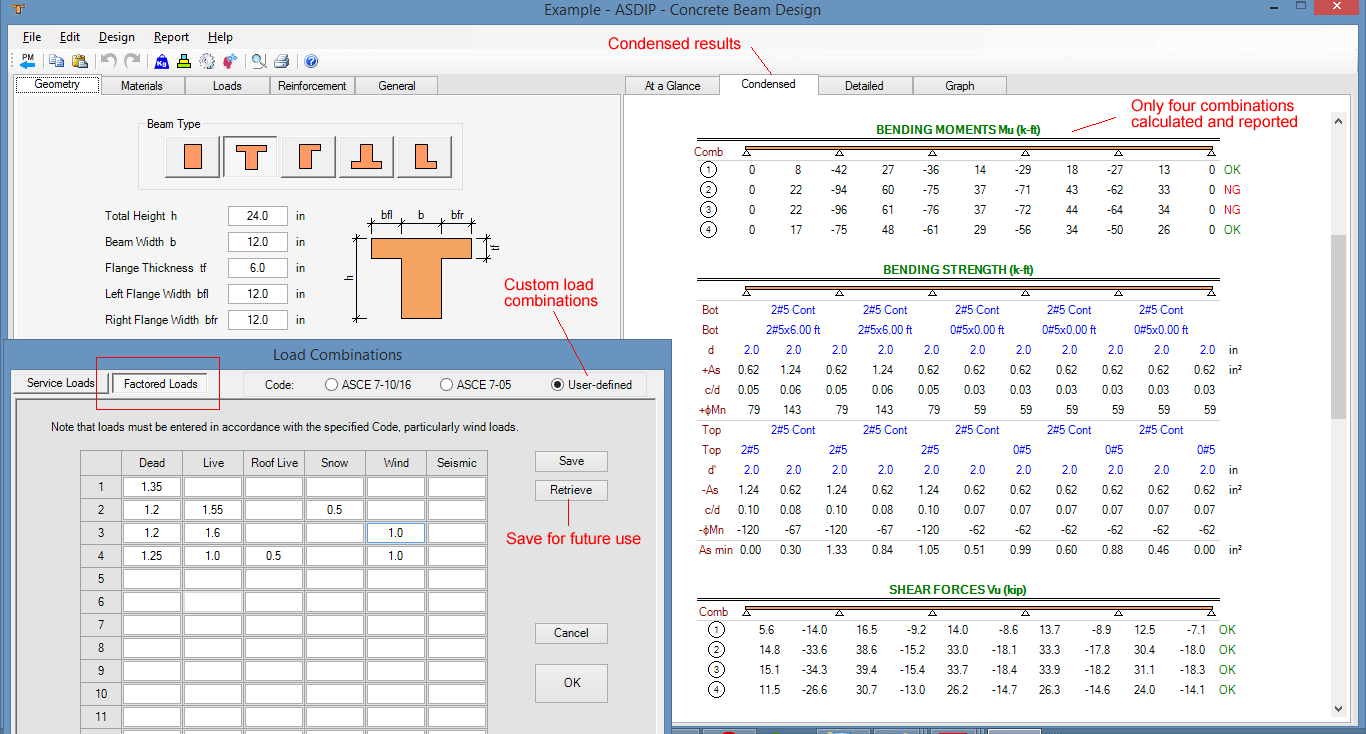